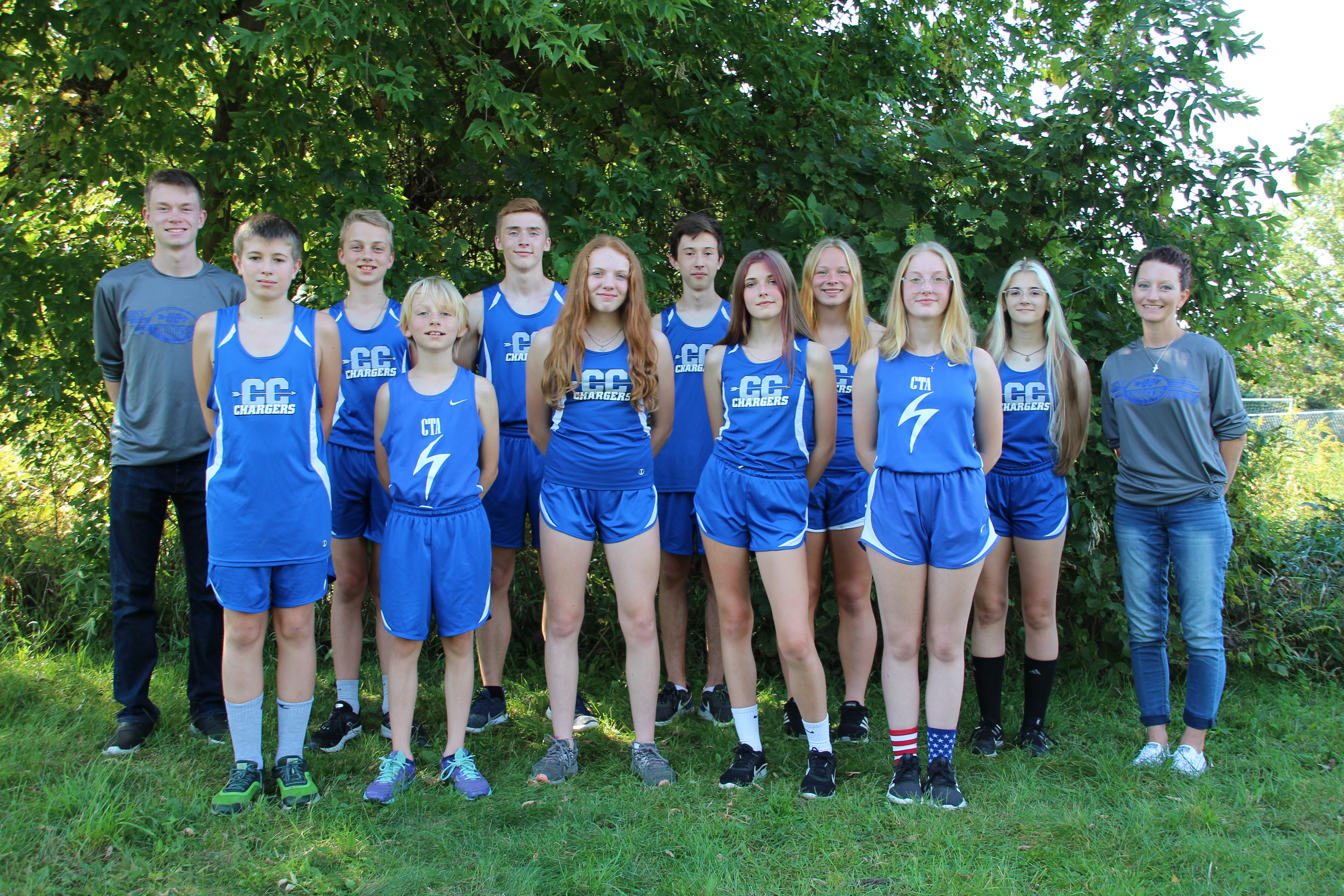 The CTA cross country team started with very humble beginnings during the 2008-2009 school year as the brainchild of then Science teacher Gerry Verwey. Mr. Verwey, a former collegiate runner, was looking for a way to give the students of CTA another outlet and an opportunity to compete in an extracurricular activity. Not knowing what to expect, 19 runners showed up for the first practice and the Charger tradition was born.

Over that year Coach Verwey, with the help of Coach Kenemer, began to mold the program--and, more specifically, the athletes--into cross country runners. Coach Verwey was quoted in that first year as saying, "Gigantic strides have been made; we went from a group that could barely run a couple of miles to a team that is competing against and beating much larger schools."

Over the next few years the cross country family grew into a close knit team as Coach Verwey taught determination, hard work, and dedication. That hard work began to pay off on the course as well with many athletes placing in meets and the team having much success culminating in the 2011-2012 season when the girls team ran to a runner-up finish in the Class D State Meet.

The tradition laid by those early teams has molded the program and the current runners. Our cross country team has since joined a conference and begun competing in some of the top meets in the State including the Portage Invitational and the MSU Spartan Invite. In 2015, Coach Verwey passed the coaching responsibilities on to a former CTA student and cross country runner, Danielle Davies. CTA high school teacher Todd Bowmar has taken over the coaching responsibilities for the 2017-2018 & 2018-2019 school year. CTA teacher Ted Cusack coached the 2019-2020 season. The past two years have been coached by Nancy Freyling .

If you are interested in our cross country program you can contact Coach Nancy Freyling at nfreyling@ctachargers.org or CTA's athletic director Justin Harding at ctaathleticdirector@ctachargers.org.